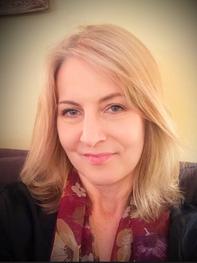 Below is an article that helps explain a central focus of much of my work with clients struggling with a sense of security, comfort and stability within relationships.

Human beings are born with strong survival instincts. One of the strongest is based on an infant’s inability to survive on its own and its complete dependence on an adult for nurturance and protection. Babies have an innate drive to make sure that they get their basic needs met by a parent, caregiver or other significant person in their life. Different children develop different strategies for accomplishing this depending on the emotional environment and the kind of care available to them. Attachment theory is the study of this primitive instinct and researchers have organized the various strategies into four categories of attachment patterns: secure attachment and three types of insecure attachment, avoidant/anxious, ambivalent/anxious and disorganized.

Attachment researchers have identified attunement as being significant in the formation of an attachment. Attunement means being in harmony; being aware of and responsive to another. Emotional attunement involves being in harmony first with oneself, then with another and finally with circumstances. Attunement and attachment are related in that an adult, who is available, attuned and responsive to a child’s needs, beginning in infancy, establishes a secure attachment for that child.  This attunement creates a strong foundation from which that child can explore the world.

A lack of attunement or misattunement causes children to develop insecure attachment strategies. The previous article examines the avoidant/anxious attachment pattern that comes about when parents are cold, emotionally unavailable and distant, and children then try to shut down their primary needs. The following article will explain the disorganized attachment pattern, known as ambivalent/anxious attachment, adopted by children with physically and emotionally abusive parents.

When parents or caregivers interact with their children in ways that are inconsistent and unpredictable, the children develop ambivalent/anxious attachment patterns. Attachment researchers describe the behavior of these adults, noting how at times they are nurturing, attuned and respond effectively to their child’s distress, while at other times they are intrusive, insensitive or emotionally unavailable. For example, they can be neglectful and then later try to make up for it by being overindulgent. When parents vacillate between two very different responses, their children become confused and distrustful, not knowing what kind of treatment to expect.

What behaviors are associated with an ambivalent/anxious attachment pattern?

Children with ambivalent/anxious attachment patterns exist in a state of being suspicious and distrustful while at the same time acting clingy and desperate. They tend to focus intensely on their parent and are hyper-vigilant regarding the parent’s availability or unavailability. They vacillate between over-dependent clinging and angry rejection of their parent or caregiver.

Mary Ainsworth, who assessed children’s attachment patterns at 12 to18 months, noted that when the children with ambivalent/anxious attachment were reunited with their mothers, they were confused, dazed or agitated; staring off into space and avoiding direct eye contact with her. They alternated between clinging to her and squirming away. At times, they actively resisted their mother’s comforting gestures or physically pushed her away. Others remained intensely focused on their mother, but did not seem to be satisfied or comforted. The narrow focus and limited responses of these children prevented any further play or exploratory behavior.

How does an anxious attachment pattern develop in children?

A number of factors contribute to the formation of an ambivalent/anxious attachment pattern between parent and child, including the child’s temperament, marital satisfaction of the parents, family support, the mother’s education and the consistency of a parent’s availability.

Many of these parents and caregivers, due to the unreliable and inconsistent parenting they received, experience powerful feelings of desperation and emotional hunger toward their child. They act in ways that are insensitive and intrusive when they confuse emotional hunger with genuine love for their child.  In Compassionate Child-Rearing, Robert Firestone describes how parents mistake their feelings of longing and the desire to get love from their child for actual love and concern for the child’s wellbeing. These parents can be over-protective, or try to live vicariously through their child, or be focused on their child’s appearance and performance. They often overstep the personal boundaries of their children by touching them excessively and by invading their privacy.

How does an ambivalent/anxious attachment manifest in adulthood?

Children who have an ambivalent/anxious attachment often grow up to have preoccupied attachment patterns. As adults, they are self-critical and insecure. They seek approval and reassurance from others, yet this never relieves their self-doubt. In their relationships, deep-seated feelings that they are going to be rejected make them worried and not trusting. This drives them to act clingy and overly dependent with their partner. These people’s lives are not balanced: their insecurity leaves them turned against themselves and emotionally desperate in their relationships.

Adults with preoccupied attachment patterns are usually self-critical, insecure and desperate, often assuming the role of the “pursuer” in a relationship. They possess positive views of other people, especially their parents and their partner, and generally have a negative view of themselves. They rely heavily on their partner to validate their self-worth. Because they grew up distrustful of their inconsistent, unavailable caregivers, they are “rejection-sensitive.” They anticipate rejection or abandonment and look for signs that their partner is losing interest.

These people are often driven to engage in pre-emptive strategies in an attempt to avoid being rejected. However, their excessive dependency, demands and possessiveness tend to backfire and precipitate the very abandonment that they fear. Attachment theorists and researchers Shaver and Clark, (1994), have observed that “preoccupied” partners appear to be “perpetually vigilant and somewhat histrionic.”  They feel resentful and angry when their partner doesn’t provide the attention and reassurance they feel they need. They often believe that unless they dramatically express their anxiety and anger, it is unlikely that the other person will respond to them. Many of those with preoccupied attachments are reluctant to express their angry feelings toward a partner for fear of potential loss or rejection. When they try to suppress their anger, their behavior tends to vacillate between outbursts of anger and pleas for forgiveness and support. In some cases, the fears and anxieties can lead to more serious emotional disturbances, such as depression.

How are patterns of attachment supported by the critical inner voice?

The pessimistic beliefs and expectations associated with adult attachment patterns are regulated by destructive thoughts or critical inner voices about oneself, others, and the world in general. These critical voices strongly influence a person’s style of relating in an intimate relationship. People with a preoccupied adult attachment have “voices” that support their beliefs that the world is an emotionally unreliable place filled with uncertainty and the potential loss of those they love. Examples of their voice attacks are, “It’s obvious that he/she is losing interest in you.” “Why isn’t he/she more affectionate?”  “He/she always has an excuse for not wanting to make love.” “You’re so needy and dependent. No wonder she(he) doesn’t like you.” “He/she doesn’t love you as much as you love him/her.”

How can a person transform an anxious attachment into a secure one?

Fortunately, a person’s style of attachment can be revised through new experiences, through interacting with a partner who has a history of being securely attached and through psychotherapy. Another effective way to develop secure attachment in adulthood is by making sense of one’s story. According to Dr. Dan Siegel, attachment research demonstrates that “the best predictor of a child’s security of attachment is not what happened to his parents as children, but rather how his parents made sense of those childhood experiences.” The key to “making sense” of one’s life experiences is to write a coherent narrative, which helps them understand how their childhood experiences are still affecting them in their life today. In PsychAlive’s online course with Drs. Dan Siegel and Lisa Firestone, they will walk individuals through the process of creating a coherent narrative to help them to build healthier, more secure attachments and strengthen their own personal sense of emotional resilience.When one creates a coherent narrative, they actually rewire their brain to cultivate more security within themselves and their relationships.

In couples’ therapy, both partners can identify and challenge the critical inner voices that promote expectations of rejection and that fuel their feelings of anger. In their sessions, partners can “give away,” that is, expose their self-criticisms as well as their hostile, cynical attitudes toward the other person. Generally speaking, in an effective couples’ therapy, both partners expose and challenge their critical inner voices and come to understand the source of their destructive thoughts and attitudes in the context of their earliest attachments.  This approach provides the impetus for exploring new, more positive ways of relating, and frees people to experience genuine loving feelings and real security in their intimate relationships